I hate CBC! Okay, that’s not necessarily true but ugh, it’s such a bore. My husband would be so disappointed to hear me say that, even though he knows I dislike it and always beg to listen to something else during road trips. This is true when it comes to most news and politics, I have no interest in any of it. I know this drives him crazy. We recently had a little debat about how the canadian flag that is on Parliment is taken down each day and send to a Canadian. Apparently there is a list of people who have requested to have a flag that was put up on the Parliment building. I was completely outragged by this, what a bloody waste of money! This is absolutely absurd! Why in the shit do they need to replace the flag every damn day! I am all for the idea that if the flag is damaged or stained in anyway that it be replaced with a new one. Then sure if they want to send that flag to some silly person than great, but what the flying shit…everyday? I know its miniscual on the big scale of Canadian spending but what a bloody useless waste of tax payers money. Ugh! He just sat there listening to me, then his face split with this shit eating grin -he was just thrilled that I had taken an interest in anything remotely political. He noted that I don’t “care” enough to vote but was still thrilled with the idea of me feeling passionately about such a thing.

I just don’t get it…I wish I did, there are just some things I don’t necessarily care to hear about. My husband and my girlfriend Rosey have a gay ol’ time having debates about various thing and chatting about what they hear on “Q” or CBC. 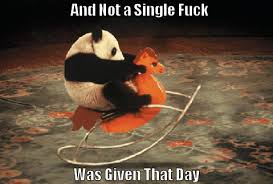